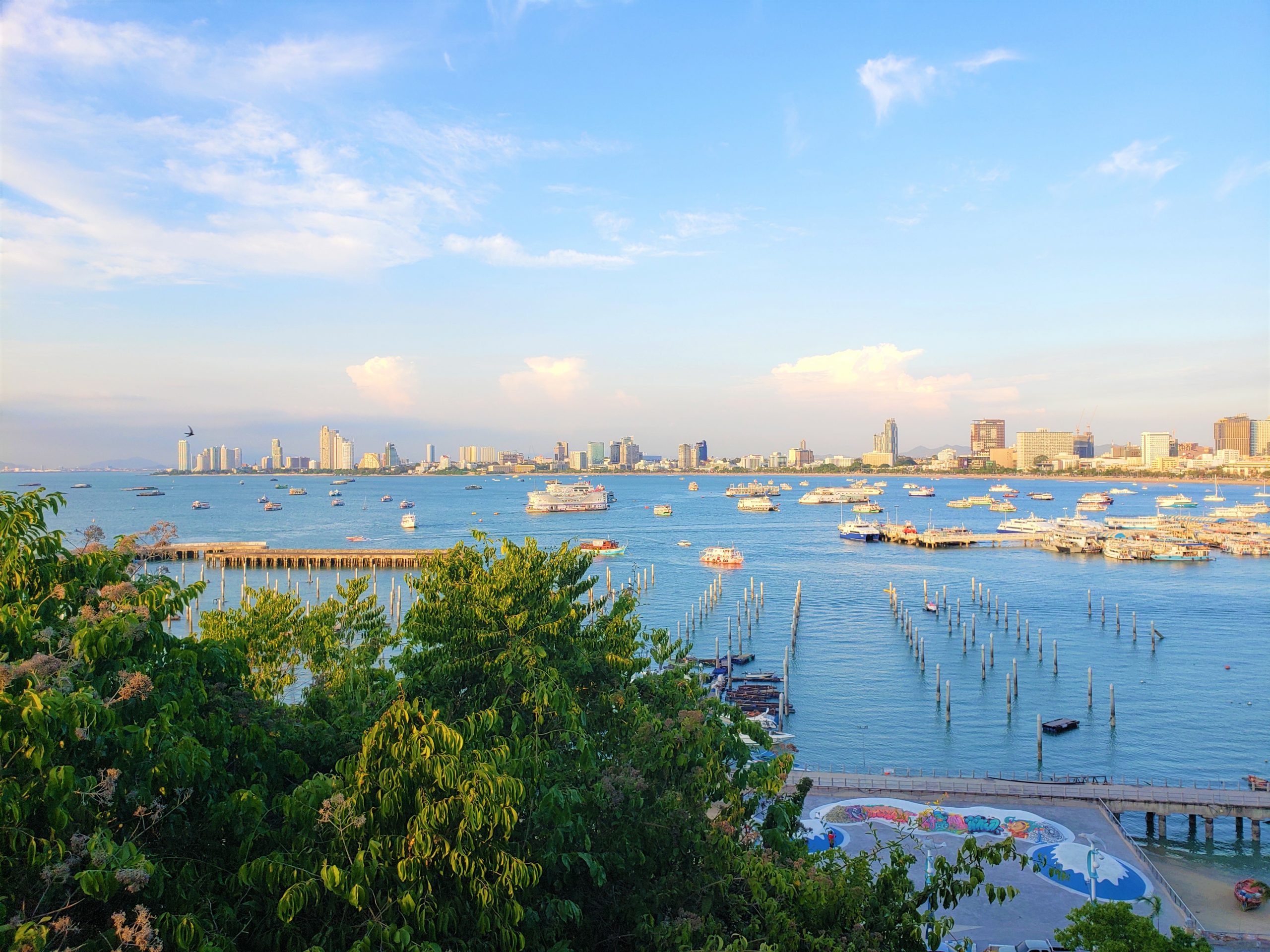 Pattaya is known for its pubs and nightlife, and often thought of as overdeveloped for tourism. But outside the pubs, there is much nature for you to explore.

From beaches to forest, from kayaking to hiking, from orienteering to mountain biking, you as an outdoor lover will get something to enjoy.

Koh Larn (or Ko Lan) is an island off Pattaya, which can be reached by ferry from Bali Hai Pier.

The island is a popular destination for locals and international tourists to escape the hustle and bustle of Bangkok and Pattaya, and has in time became developed for tourism. Still, the island retains its charm with beaches, villages and cafes.

Besides water sports like diving and kayaking, there are a lot of hiking trails on the island with good views of Pattaya city.

There are many villages on the island, the biggest of which is Naban where most of the ferries go to. Tawaen, Samae and Nual are also popular beaches with ferries; you need to make sure you take the right ferry.

Thailand International Orienteering Championship & #AsiaCityRace will have two races on the island on 6 November 2021.

Less than half an hour from Pattaya city is a natural reserve called Khao Mai Keao, which spans the hills and forests around a reservoir. There are many trails in this area, making it a popular precinct for running and mountain biking.

Landrunning World Series 2021 Pattaya Station will be held here on 31 October 2021. Want some Halloween treats? Learn more about the full marathon (42,195 km) where you can choose your own route.

An island off the city of Sriracha north of Pattaya, Ko Sichang is less visited than Ko Lan but does not disappoint.

The island’s main draw are not the beaches but of some temples and the Phra Chudathut Ratchathan Palace, a royal residence during the reign of King Chulalongkorn. There are also plenty of coastal scenic spots.

Ko Sichang is also geographically near to Bangkok, and it’s an important port for transshipment between ocean-going ships and the Chao Phraya River boats. The main port of Bangkok for large ships, Laem Chabang, is not far from Ko Sichang on the mainland.

The port facilities, however, are on the east side, leaving the nature on the west side relatively unspoiled.

Further from Pattaya: Rayong and Trat

Further down the Sukhumvit Road (the main coastal road linking Bangkok and the eastern seaboard), there are more nature for you to explore.

Ko Samet in neighbouring Rayong Province is a pristine island with unspoiled beaches, and part of a national park. It’s also known for being a setting of the epic poem Phra Aphai Mani by the royal poet Sunthorn Phu (1786-1855).

Further into Trat Province which borders Cambodia, Ko Chang is literally the island of elephants where you can indeed see elephants, although its name is due to its shape, not its elephants which are probably moved there from elsewhere in Thailand. And with beaches and many indigenous animal species, Ko Chang should be on every nature lover’s list.

Orienteering is the nature lover’s sport! Explore city and forest with the Thailand International Orienteering Championship and training camp from 30 October to 7 November 2021. Stay at the Ravindra Beach Resort & Spa with our hotel packages with free breakfast and airport transfer. Book by August to receive a free event jersey!