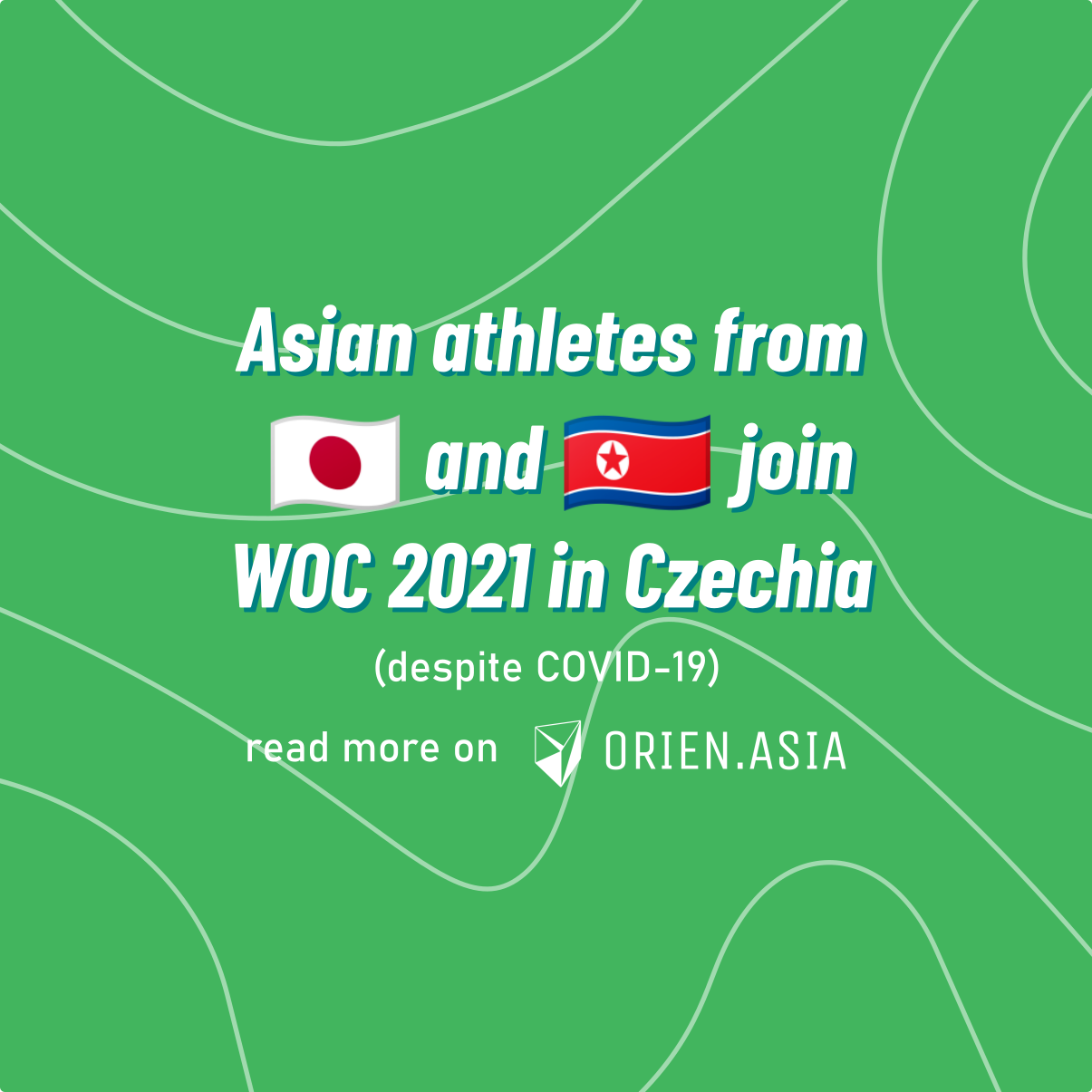 It’s 2021 and orienteering is making a comeback. Although the pandemic is still raging in many parts of the world, we’ll still see some Asian orienteers at the orienteering highlight of the year, the World Orienteering Championships in Doksy, Czechia (Czech Republic).

COVID-19 is still a reality and despite the possibility for many foreign nationals to enter Czechia now, most Asian orienteering countries will not be sending teams to WOC 2021. Even for Asian athletes who choose to come, they’ll most probably have to quarantine for weeks upon returning to their home country even if they’ve fully vaccinated (e.g. 14 days of quarantine for Hong Kong right now).

However, this year we’ll still be seeing Japan and North Korea at WOC 2021. Japan is sending a team of 8 athletes and 2 officials, according to the team list, while North Korea will be sending KyongSa Ri who currently lives in Norway. The Japanese team is now already in Czechia for pre-race training.

Outside of the Asian IOC region, we have two more countries in geographical Asia but European IOC region taking part in WOC 2021: Israel and Turkey. (For the trans-continental country Russia, due to the Court of Arbitration for Sport decision on the doping scandal, Russian athletes may only join as neutral athletes in 2021 and 2022.)

Doksy is north of Prague around 1 hour by car towards the border with Germany and Poland. The World Orienteering Championships will start there this Saturday (3 July) and continue until 9 July. This edition will feature all three standard distances (sprint, middle, long) to compensate for the postponement of Sprint WOC 2020.

WOC 2022 is a Sprint WOC in the Triangle Region (Fredericia/Kolding/Velje in Jutland) of Denmark, having postponed from 2020. As it’s a Sprint WOC, it means there will only be three races—Sprint, Sprint Relay and Knockout Sprint.

In the past decade a lot of Asian countries have been raising their profile in international orienteering. Malaysia, Philippines and Thailand are a few examples from Southeast Asia that are expected to start sending teams to international high level orienteering competitions in the near future, starting from the 2020 Asian Junior & Youth Orienteering Championships in Hong Kong this December. As WOC 2022 is a Sprint version, it means Asian countries will have more incentives to debut in Denmark than in a forest WOC.

Moreover, we can expect countries and regions like China, Taiwan (Chinese Taipei), Hong Kong, South Korea and others will send their teams again in 2022.

Perhaps, then, WOC 2022 in Denmark will have the hitherto highest number of Asian teams joining?