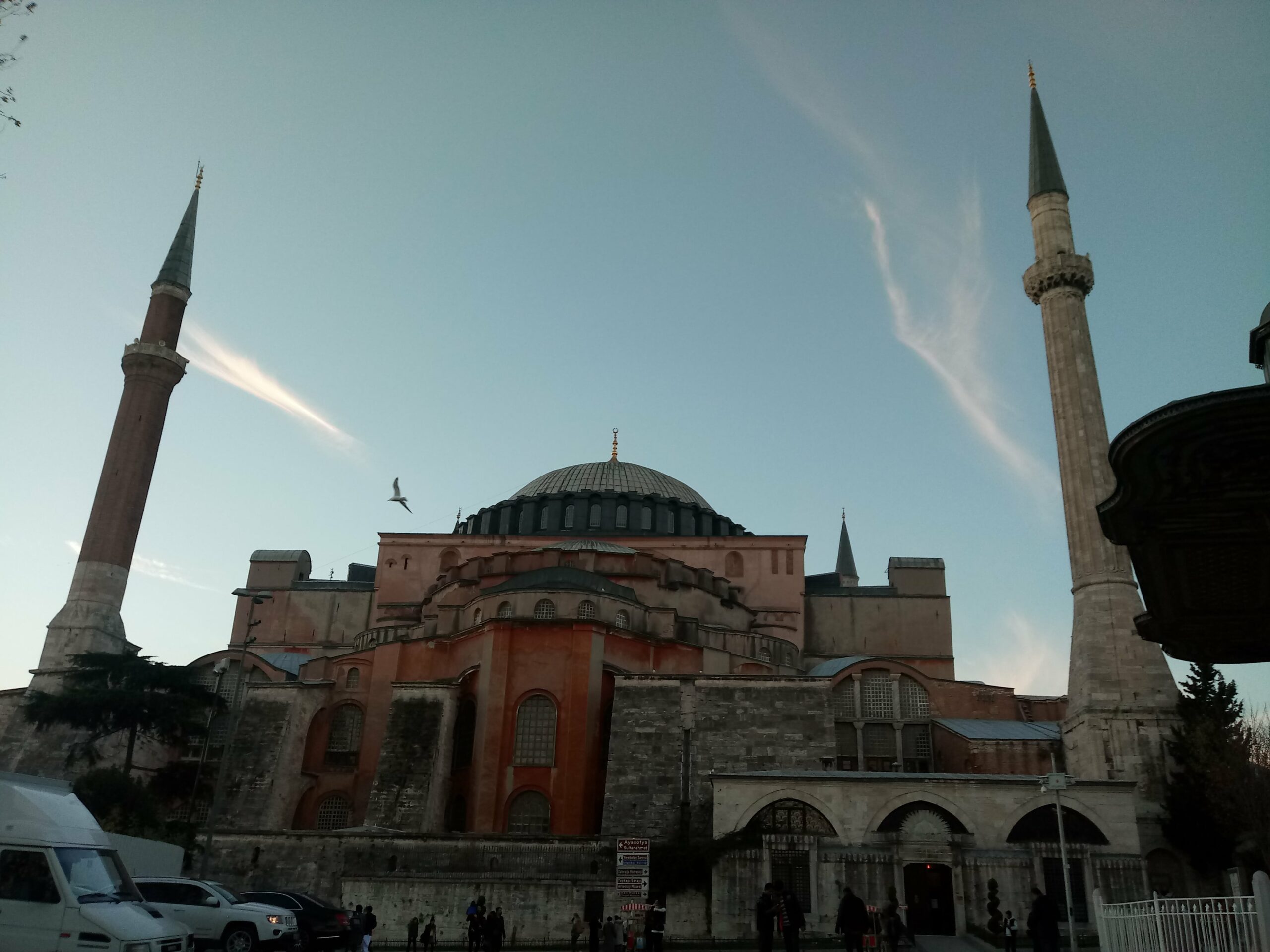 The Junior World Orienteering Championships 2021 are in progress just southeast of Istanbul, in the Asian part of Turkey (since it’s east of Bosporus, the strait of Istanbul). Turkey has long been a major orienteering country with lots of activities—one just has to recall the annual Antalya Orienteering Festival.

If asked where you’d want to try orienteering in Asia, would you answer China, Thailand, or… Turkey? Chances are that you’ve already done orienteering on a competition trip to Antalya (which is indeed in the Asian part of Turkey).

However, if you’ve noticed ORIEN.ASIA long enough, you’ll find that we scarcely talked about Turkey or its orienteering events. Does Turkish orienteering properly belong to the European or Asian orienteering scene, and should we promote more about Turkey in the future?

The idea that there’s a continent called Europe, and another called Asia, stems from the worldview of Ancient Greeks more than 2000 years ago.

The concept of Europe vs. Asia is evident already in Classical Greece (5th to 4th centuries BC), when Herodotus (in his Histories) defined Asia to the region around Anatolia and Persia. Asia contrasted with Europe, which then meant the lands west of the Aegean Sea (thereby including mainland Greece).

By the Roman era, there was a conceptual distinction between Asia Minor (Anatolia) and Asia Major (further east). There was also a province in western Anatolia called Asia.

Turkey is both European and Asian

The Turkish people can be traced to the migrations of the Turks over the past 4000 years. Long a nomadic people, they moved from Northeast Asia (now the easternmost reaches of Russia) into Mongolia, where they became a formidable foe of the Chinese. The Turks then moved onward into Central Asia, many of them becoming Muslims as the religion expanded there in the 7th to 8th centuries AD.

Turks became more prominent in the Umayyad and Abbasid Caliphates, and eventually moved into Anatolia after the 11th century. In 1453, Mehmed II of the House of Osman would conquer Constantinopole, giving rise to the Ottoman Empire which spanned between Europe and Asia and conquering further into Central Europe. The empire fell after the First World War, and after the Turkish Independence War led by Mustafa Kemal (Atatürk) the modern Republic of Turkey was born.

Although the Turkish people are traditionally Muslims, over time the Ottoman Empire would receive a lot of influence from Western Europe thanks to its position, perhaps even more so under the Republic as Atatürk initiated secularist reforms. Since 1999, Turkey has even been a candidate for the European Union (although progress has stalled).

Turkey thus has a unique character that is both European and Asian—unlike another major transcontinental country Russia, whose origin and population is more focused in Europe (despite having more land in Asia).

And however you define the European-Asian boundary, Turkey will always be an intercontinental country, due to the geographical concept of Europe vs. Asia passed down from the Ancient Greeks.

In sports, Turkey competes as a European country

A country’s region in sports can be different from the continent it’s in; it depends on which regional committee the country’s National Olympic Committee is in. For Turkey it’s the European committee, so it competes in European high-level events instead of Asian ones.

There are a couple more countries which are geographically in Asia but compete as European countries. Israel is a prominent example of this; this is also true of the Caucasian countries (Georgia, Armenia, Azerbaijan) if you count them in geographical Asia.

One more example that you might not expect is Cyprus; despite deep cultural links with Greece, it’s geographically in Asia, being nearer to the Lebanese/Syrian coast than anywhere in Greece.

All these abovementioned countries participate in the European Olympic Committee, and therefore compete as European countries.

From the European perspective, Turkey is “oriental”

Europeans have had long a fascination with the oriental as the “other”, lands that have very different cultures than their own. This is reflected in art, literature and music—so much that in 1978, Edward Said would give orientalism a negative meaning as a general European patronising attitude towards societies and cultures outside Europe.

Turkey has long been part of this “oriental” imagination, even long before the Ottoman conquest of Constantinople. Cultural differences between the Eastern and Western Roman Empires would later evolve into the East-West schism of Christianity, cementing differences between Eastern Orthodoxy and Roman Catholicism. Constantinople would henceforth be considered by Western Europeans as a sort of “oriental otherness”, a perspective further emboldened by the Ottoman conquest and subsequent Islamicisation of the lands that form Turkey today.

The “otherness” would become evident in the 18th and 19th centuries when artists portray the Ottoman Empire in a romantically oriental light, combined with the advances in transportation and tourism; one only needs to be reminded of the luxury train that ran from London to Constantinople (pointedly named the Orient Express).

Even today, Turkey is still considered as somewhere between Europe and Asia—so near to Europe, yet culturally feels so far away.

The original idea of ORIEN.ASIA: orienteering in the “Far East”

Orienteering, as of 2021, is still a highly eurocentric sport with many orienteers (elite and amateur) based in Europe. Although other continents are catching up (especially Asia and South America), much has to be done to address this global imbalance in representation. (We talked about this problem in our earlier article about orienteering in Olympics.)

As you may be aware, ORIEN.ASIA has expanded westward, as seen by our cooperation with Nepal (Himalayan Orienteering Championships), which counts as South Asia and part of the Indian sphere of cultural influence. The scope of ORIEN.ASIA, at present, covers any country in the Asian Olympic Committee (thereby competing as an Asian country in orienteering).

This is why, despite some expectations, you haven’t yet seen us talking anything about Turkey yet. (Or Cyprus/Israel/Azerbaijan, for that matter.)

Should ORIEN.ASIA cover Turkey in the future?

We’re open to cooperation with any country that could reasonably be counted as Asian. Although Turkey is firmly in the orienteering world with a competitive national team and major events of quality, there is still much opportunity to bridge between Turkish events with the bulk of the orienteering community in Europe.

ORIEN.ASIA markets and promotes events in Asia that would be of interest to international orienteers; by marketing together, we believe ORIEN.ASIA makes orienteering activities in Asia much more visible.

Which means ORIEN.ASIA will eventually cover Turkish events in the future. Although, at present, we’d like to concentrate our efforts on the “far side” of Asia first, since Turkey is already firmly established in the orienteering community and we have more upcoming projects in countries that have more recently started orienteering (Thailand, Nepal, Philippines etc.)

That said, if ORIEN.ASIA are to expand and become a truly representative platform for all Asian orienteering activities, we’ll eventually have to expand our coverage to cover Turkey. Stay tuned!