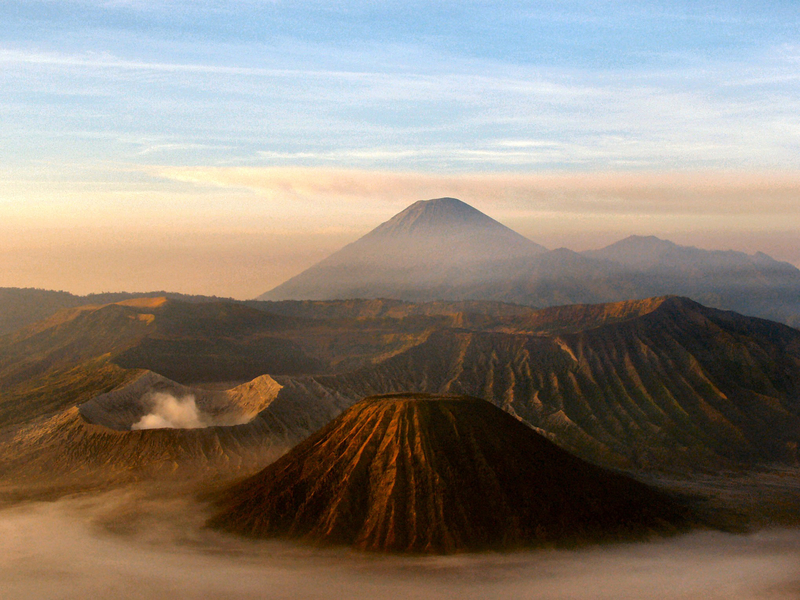 Indonesia. The archipelago country is home to 273.5 million people from different ethnicities and religions, many volcanoes, diverse wildlife, and one of the most active economies in Southeast Asia. As the fourth most populous country in the world with so many beautiful and diverse outdoor travel options, how exactly is orienteering doing there?

Are we getting Indonesia wrong all along?

As of this moment in 2022, Indonesia still doesn’t quite get included in the list of usual Asian orienteering countries in our minds. To start with, they haven’t quite gotten into holding a major event yet (World Ranking Events were scheduled for 2020-2021 but due to the COVID-19 pandemic had to be postponed), and have thus far never sent a team to the Asian Orienteering Championships or World Orienteering Championships.

But to think of Indonesia as a country with little orienteering activity, is a gross underestimation and a highly biased view. With over 200 million people, cultural proximity to other orienteering countries (especially Malaysia and Singapore), and mandatory scout participation at school since 2013, it’s impossible for orienteering to stay under the radar for so long.

ORIEN.ASIA founder Raphael Mak has done a rough estimation on 3 February 2022 (all results quoted below are as of that date) by tabulating the Instagram accounts managed by the various regional branches of FONI (Federasi Orienteering Nasional Indonesia), the orienteering federation of the country. It gave a surprising picture not only for Raphael, but perhaps for a lot of orienteers elsewhere in the world.

A simple search on Instagram gives 49 accounts affiliated to FONI, of which one belongs to the national federation and the other 48 belonging to 47 regional/municipal federations (The Orienteering Federation of North Sumatra has had two accounts). Local orienteering federations affiliated with FONI can be at a provincial (provinsi), regency (kabupaten), or municipal (kota) level.

How popular is orienteering in Indonesia?

From these accounts we can get a rough estimation of how popular orienteering is in Indonesia. We shall look at two metrics: followers and posts.

The number of posts, meanwhile, can be useful in gauging the relative level of orienteering activity in that region or town. The more posts an account has, the more likely the local federation holds more events.

Here are the results regarding the local federations:

And for the national federation:

16400 orienteers in Indonesia—far more than you’d expect, isn’t it?

Why should I care? What does this mean for the orienteering world?

While it’s impossible to directly verify this number without digging into piles of member lists and start lists—which are hard to get by to start with, not to mention the fact that they’re almost certainly in the Indonesian language—the above estimation nonetheless gives us a clear conclusion:

Orienteering in Indonesia is much bigger than you think. We’ve underestimated it all along.

Why is that? To start with, there appears to be a tendency to underestimate the scale of orienteering outside of Europe. Orienteering is still a Europe-dominated sport, and if you’re from Europe you’d probably not even think of Hong Kong and Malaysia as places with orienteering unless you’re well informed (or travelled there yourself).

And then there’s the problem of language. Almost all orienteering promotional material in Indonesia are in Indonesian, a standardised variant of Malay, and an Austronesian language that’s related to Filipino, Māori, and even Hawaiian. With little material published in English, it comes as no surprise why we’d all underestimate orienteering in Indonesia.

Orienteering is biased towards Europe not just because of geography and language—the increasing technical demands of the sport, brought by the improved quality of orienteering mapmaking, is related to a “standardisation” and “idealisation” of the typical orienteering terrain to that of a Scandinavian forest with considerable complexities in terrain. The World Orienteering Championships have never ventured outside of Europe since 2005 (Japan). While navigational challenges in forests are fun for those obsessed with orienteering, it effectively shuts out a large part of the population living in non-temperate climates—and even a lot of people in Europe who find it too hard or too inconvenient (especially for those without cars) to try orienteering.

We should recognise the inherent bias in our sport against non-European countries and, consequently, consider Indonesia’s orienteering activities in a more positive light.

Orienteering is indeed pretty big in Indonesia, and we’re indeed looking forward to bringing #AsiaCityRace there and cooperate with them on marketing major events. Perhaps the country should be in your bucket list too?