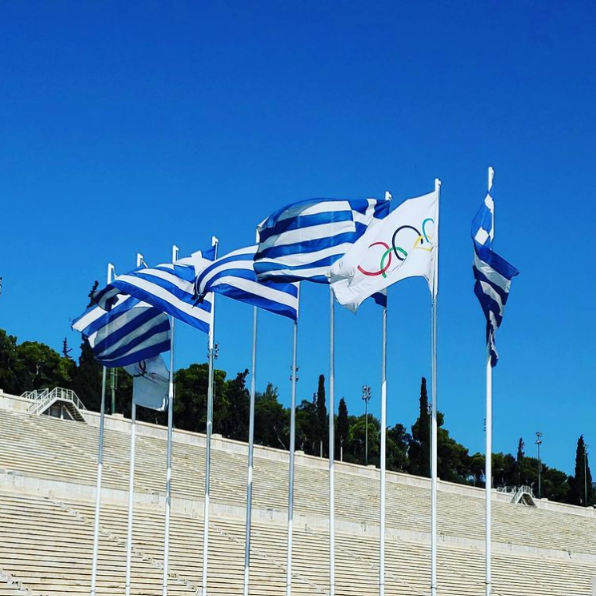 Getting into the Olympics has been every orienteering athlete’s dream. A sport that has over a century of history and played by tens of thousands of active athletes worldwide⁠—who doesn’t want this fun navigation sport to enter the Olympics?

Except that orienteering has never succeeded. In 2000, the Leibnitz Convention held in Austria declared entering the Olympic Games to be a goal. Five Summer Olympics have passed after that, and orienteering has always been passed over in favour of other new sports, including surfing and skateboarding in the Olympics in Tokyo this year.

Here I’ll make a bold claim: orienteering will never get into the Olympics.

Many theories, no success

Theories abound as to why orienteering never gets to the Olympics.

One of the most given reasons is that orienteering is “not TV friendly”. If you search “why couldn’t orienteering enter the olympics” on Google, the top result (as of writing) is an article posted on the Irish Orienteering Federation website, which says:

Classic orienteering events are not suitable for the Olympics. The format is neither TV nor spectator friendly, the venue is often remote and the duration of the event (over 90 minutes for men) is too long.

This is one of the reasons why sprint orienteering, and to some extent maze orienteering, have been so strongly promoted since the 2000s. I’ve heard people (in Sweden) saying that they don’t understand what’s going on when the TV was transmitting orienteering competitions live. Spectators deserve to know who’s winning the race, at first sight. This can’t be achieved with interval start which is the norm in orienteering; newer formats like knockout sprint with mass start might solve the problem.

GPS tracking technology has also improved the lots for orienteering spectators (although accuracy still leaves something to be wanted), with which people can understand better how different route choices contribute to time loss or gain.

Orienteering has also expanded to become a global sport on six continents, and we have the most populous country in the world on board, where orienteering is quite of a big hit.

Major orienteering competitions also do get a lot of sponsorship⁠—just look at all the logos at O-Ringen or World Championships.

With the huge improvement in conditions, you might think orienteering should have got into the Olympics in the 2010s or 2020s. But this hasn’t happened.

So what is the matter with orienteering⁠—why could orienteering never get into the Olympics?

Here’s what I think is the real reason⁠—orienteering is NOT cool. For the majority of people on earth.

Here’s what I mean: most people don’t care about orienteering like they do other sports. Why is that?

Not yet a global sport—and it’s not just numbers

The number of member federations in the IOF as of writing is 75, which is very marginal for inclusion into the Olympics.

Having more member countries in the IOF, however, won’t solve the problem. Which brings us to another problem—the sport is too focused on Europe.

Participants in the World Championships and other high level global events have largely been European athletes, athletes from other Western countries, and some Asian athletes, with only a few from elsewhere.

And the results lists are almost certainly dominated by European orienteers.

The national quota system implemented in the 2010s, where higher ranked countries get more start positions in the World Championships, worsened the situation. (Ironically, this was supposed to address another problem thought to be a hurdle towards Olympics, namely TV watchability.)

Orienteering is, by and large, seen to be a European phenomenon. Even in Europe, the sport is still biased around Northern and Central Europe. And this is not going to change any time soon.

Of the 37 WOCs thus far organised, how many of them are outside Europe? Three. Just three. That’s 8% of venues for over 90% of the world’s population. (See note for the three WOCs outside Europe)

Equestrian events are in the Olympics because they’re culturally important.

Judo and Taekwando are in the Olympics because they’re culturally rooted (with Japan and Korea respectively).

Golf returned to the Olympics in 2016, and its sociocultural status (combined with its spread) might explain why.

Orienteering? You could argue it has a cultural linkage with Sweden, but I tell you, its a very weak linkage. And nowadays Swedes probably watch and/or play cross-country skiing (both of which are in the Winter Olympics) more than orienteering, not to mention that the vast majority of Swedes (at least according to my estimation) don’t play orienteering anymore after trying it at school.

Not to mention we lack financially or politically important people (compared to other sports) that would help us persuade the IOC on our behalf.

Skateboarding is one of the new sports for the Tokyo Olympics this year, which got me thinking.

Can you say the same with orienteering? Obviously not.

Is orienteering highly visible? Doubtful, if not in the occasional City Races, which is hard to come by (think road closures).

Do people often talk about orienteering casually? Probably not outside orienteering circles, except mentioning that it’s a thing scouts do.

Orienteering has ramped up in technical difficulty in the past century, thanks to improvement in mapping and printing technology. The side effect, unfortunately, is orienteering has increasingly become an insider sport rife with specific navigation techniques hardly understood by outsiders.

There’s also a huge problem in orienteering: resistance to change.

This is more pronounced in traditional orienteering countries like Sweden, where orienteering is largely, if not exclusively, associated with forests. Not to mention that the magazine of the Swedish Orienteering Federation is called Skogssport (forest sport).

Orienteering in urban environments has seen a huge upswing in the two decades past. This is encouraging as people need a familiar environment to try something new.

But before sprint/urban orienteering gets a status equal to forest orienteering, the Olympic cause is hopeless.

Is the Olympic dream dead?

The Olympic dream is not 100% dead for orienteering. But with the number of Summer Olympic sports capped at 28, the bar is considerably high which we can’t possibly pass in this decade.

Make orienteering truly a global sport. Invest not just in expanding the number of countries, but also make more non-European athletes get onto the podium at World Championships.

Make orienteering simple. Orienteering shouldn’t be an insider sport with lots of specific skills and techniques. (I get why some orienteers like technical difficulty, but that just makes things less attractive for outsiders.)

Start making change now. If we start trying making orienteering cool, maybe orienteering will get into the Olympics in 20-30 years.

Orienteering might get into the Olympics, perhaps never. It’s just incredibly hard.