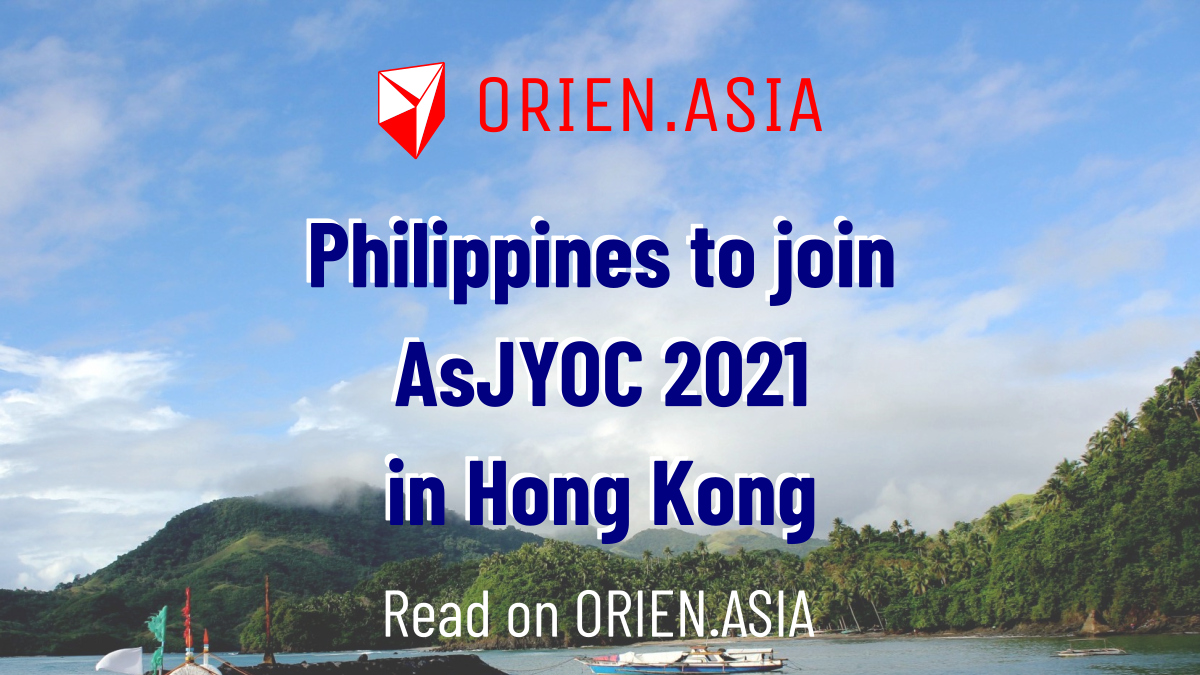 Orienteering Philippines (National Orienteering of the Philippines Inc., NOPi) will send a team to compete in the 4th Asian Junior and Youth Orienteering Championship (AsJYOC) to be held in Hong Kong from 23 to 27 December this year.

The event is organised by the Orienteering Association of Hong Kong (OAHK) with approval from the International Orienteering Federation (IOF) and under the supervision of the IOF Foot Orienteering Commission.

The participation of the Philippines was made possible by the NOPi Board. Raul Ballado, NOPi Deputy Secretary General and a former Police Special Force, has taken on the task of recruiting junior and youth orienteering athletes up to 20 years old, from high schools, universities and other athletes with potential.

“This is a great opportunity for all sports enthusiasts, in whatever disciplines, to showcase their skills in orienteering,” said Antonio L. Tiu, NOPi President.

“This is one form of exercise that builds up your stamina and puts to test your ability to integrate your physical agility and mindset while running under challenging conditions.”

The partnership between NOPi and FESSAP was struck through the intercession of FESSAP president Angel Ngu and FESSAP Chairman of the Board Alvin Tai Lian.

Orienteering events to come in the Philippines

Mr. Ballado has also been tasked to make a feasibility study on a qualifying tournament in early June 2021, assuming that the COVID-19 pandemic would have been neutralised by then.

The event, a selection race for the national team to AsJYOC 2021, will choose the most promising youth and junior runners to represent Philippines on the stage of Asian orienteering.

ORIEN.ASIA is proud to provide expertise to Orienteering Philippines on team formation, training, mapping and technical support for the country’s participation in AsJYOC 2021, as well as the qualifying tournament. The NOPi Junior Orienteering Championship may be held in one of the best universities in Manila.

Other events may potentially be explored in the future, including a national orienteering championship for the Philippines.

The tropical archipelago nation has a rich diversity of landscapes and habitats, including beaches, mountains and rainforests. The country is also home to multiple UNESCO World Heritage Sites that showcase native and Spanish colonial heritage, including a number of Catholic baroque churches built by the colonisers.

ORIEN.ASIA hopes that future events will offer the best of Philippine nature and culture to orienteers around the world.

Orienteering has been developing rapidly in Asia, especially in Southeast and South Asia. Thailand, Nepal and the Philippines are all recent members of the IOF, along with the other IOF members in the region, Malaysia, Singapore, Indonesia and India.

Of the ten member states of ASEAN, five are now members in the IOF.

The Orienteering Association of Hong Kong, as host of AsJYOC 2021, has been working actively to persuade newer member countries in the region to send their teams. The trend of increased participation is expected to continue into the Asian Orienteering Championships (AsOC) 2022 in South Korea.