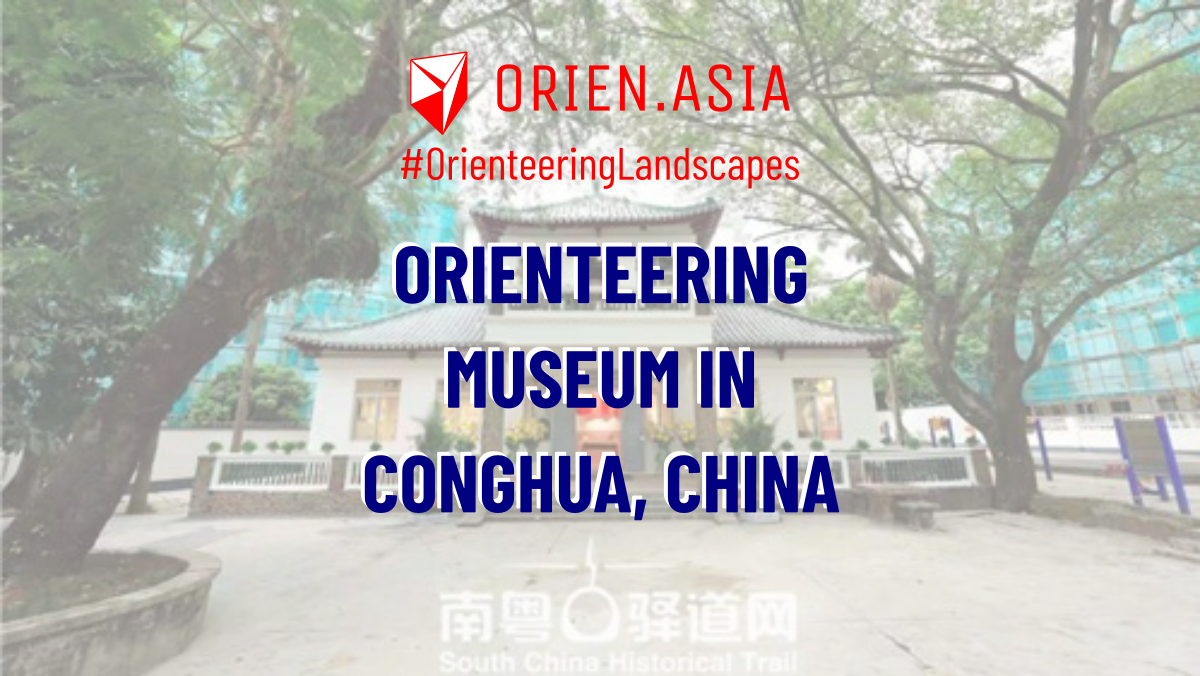 The museum opened on 28 October 2019, during the Orienteering World Cup Finals in China. It uses a historical building in Wenquan Town, in Conghua District, Guangzhou. Wenquan means hot springs, and the area is famous for the rare sodium bicarbonate springs that makes it a popular holiday destination in China.

The idea of the museum came as part of the South China Historical Trail Orienteering initiative. South China Historical Trail is a network of historical and cultural trails preserved from the various imperial dynasties of China since the Qin Dynasty (late 3rd century BC). Guangdong’s history is part of a larger cultural region in South China in which Hong Kong, a Special Administrative Region of China adjacent but separate from Guangdong, is also part of, as seen from closely related languages such as Cantonese, Hakka and Teochew.

Separate sections in the museum explore deeper into orienteering history in China, documenting the development of the sport through maps since the 1980s. Hong Kong is represented prominently in the collection as it’s from where orienteering first spread into Mainland China. There are even maps of forest areas that, due to urban development, no longer exist.

China is great for orienteering

Orienteering in Mainland China started in the 1980s as a sport as the economy opened up. Boosted by contacts with orienteers in Hong Kong, Guangdong soon became a hotspot for orienteering activity, and the sport spread quickly to the rest of the nation.

Now, the sport is most popular in almost every corner of China, thanks to government support for major orienteering events and school orienteering. Activities now span from Hainan in the south to Heilongjiang in the north, from Shanghai at sea level to Yunnan in the highlands.

Stay tuned for more news on orienteering in China!

All photos and maps in this article are kindly provided by the Orienteering Museum. Special thanks to the museum for providing information and support towards this article.

Address: 13 Liyuan Road, Wenquan Town, Conghua District, Guangzhou, China. COVID-19 travel advisory (Jan 2021): China is not yet open for tourism, and only citizens of a small number of countries are allowed to travel for essential reasons, with 14-21 days quarantine (depending on province and region) and multiple tests.