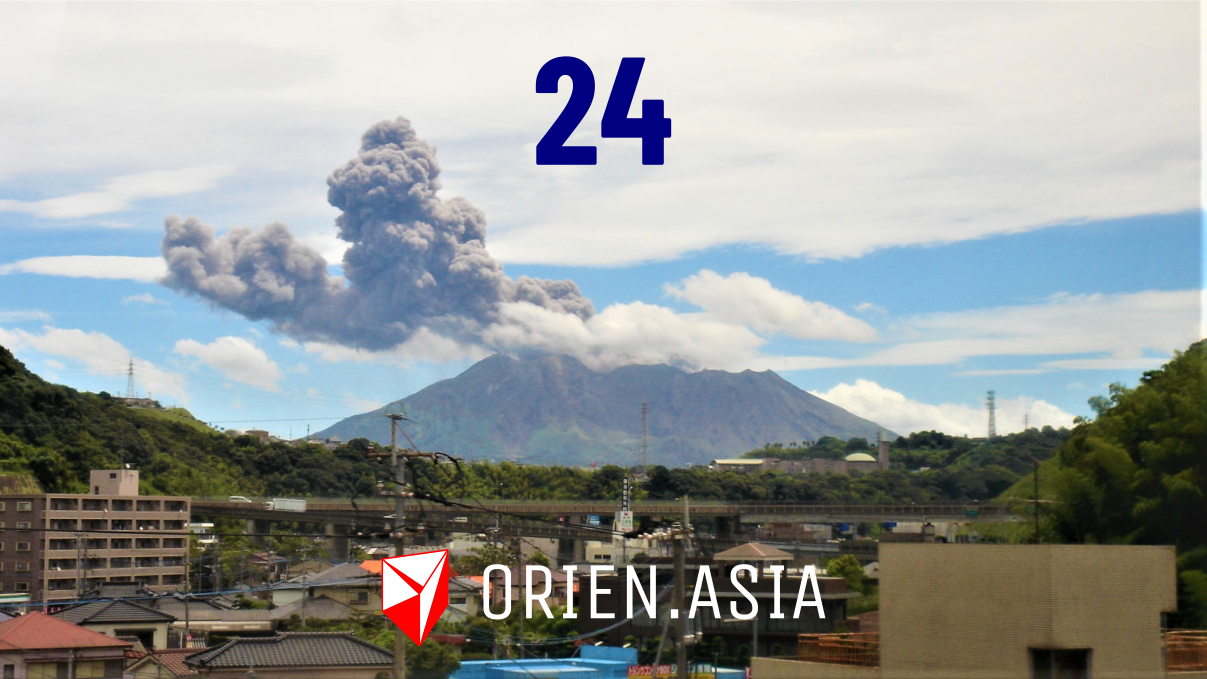 Sakurajima is one of the most active volcanoes in Japan. What’s most terrifying is that it’s only 10km from downtown Kagoshima, a city of around 600 000 people.

The worst eruption of the volcano in modern history happened in 1914 when 58 people died. After 1955, the volcano became much more active; eruptions are frequent in the 21st century, including once in October 2020.

Such a proximity of a major volcano being so close to a metropolitan area is notably rivalled by Mount Vesuvius, being also only 10km to Pompeii (which it buried in an eruption) and approximately as far to Naples.

Sakurajima is a symbol of the city of Kagoshima. Given its huge risks to the large nearby population, it is being closely monitored and studied.