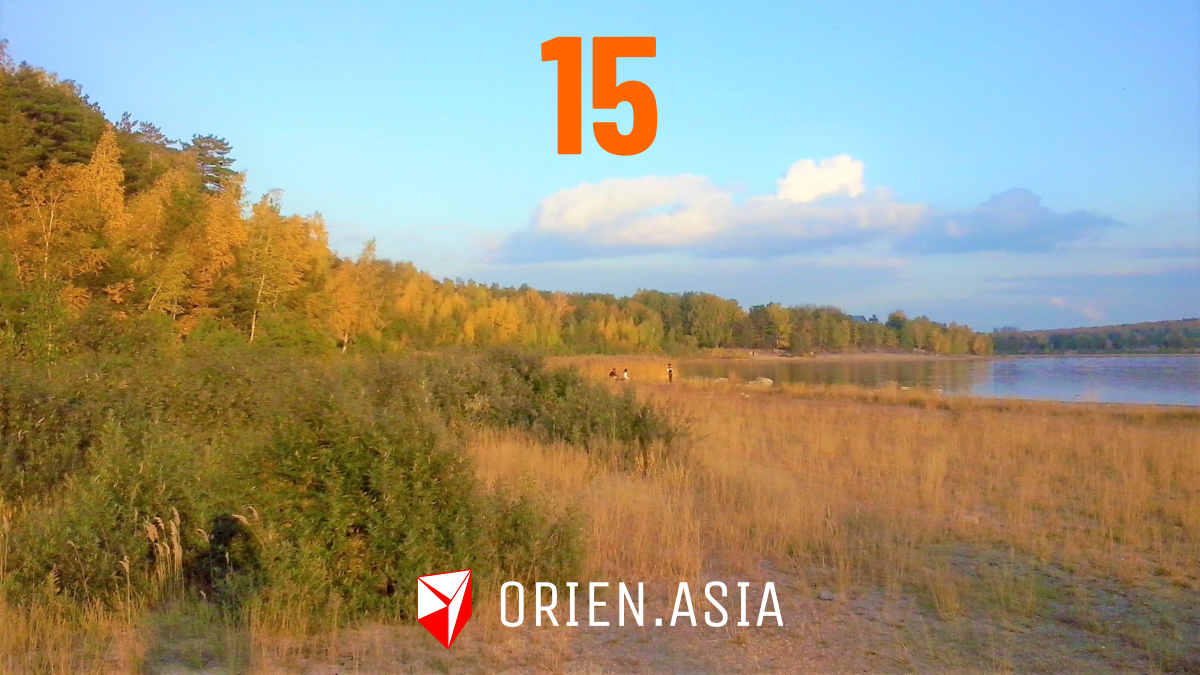 Yes, we know this is a difficult guess—but this is indeed Kazakhstan. To be exact, this photo was taken during the 2014 Asian Orienteering Championships around Burabay, an area of lakes and forested mountains and a national park.

Kazakhstan is usually known to be an arid steppe country, and most of the country does have an arid or desert climate. But the north and east of the country boasts a temperate climate, featuring some forests and (in the case of Almaty and the Tian Shan foothills) alpine landscape.

Like Mongolia, Kazakhstan has a traditional horse culture, but during Soviet times Kazakhstan saw massive development in industrialisation, agriculture (e.g. Virgin Lands campaign) and space exploration (Baikonur Cosmodrome, still rented by Russia for this purpose). Unlike Buddhist Mongolia, Kazakhstan is mainly a Muslim country due to 8th century Arab influence. Before Islam, however, the Kazakhs had the Turkic traditional religion Tengrism, which is still active in more remote Turkic regions in Siberia e.g. Sakha.

See a video of an 2019 event in Kazakhstan below, also in Burabay: