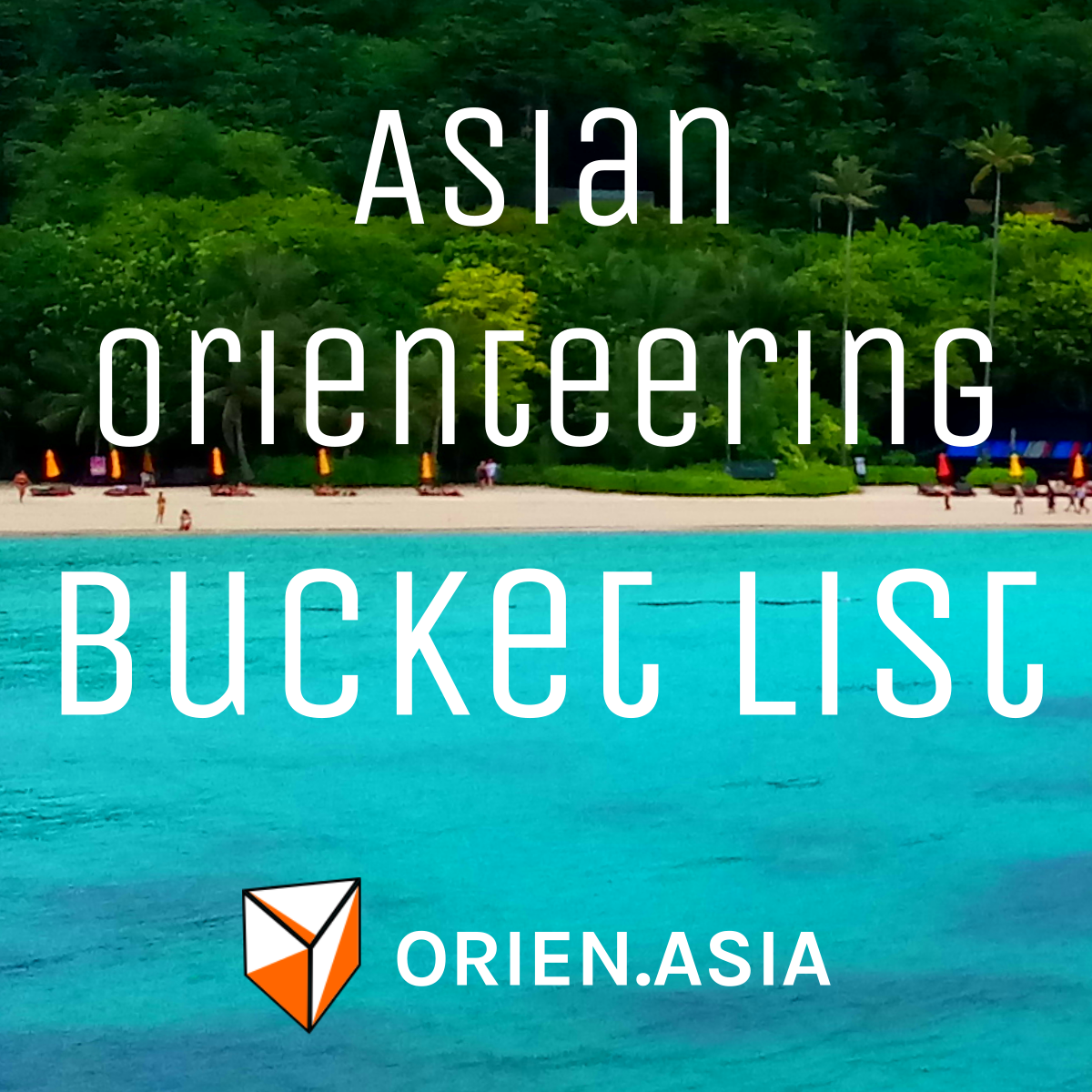 Asia is a large continent with many cultures, languages and terrains, stretching from the Aegean shore of Turkey to the extreme east of Siberia, from the North Pole to the tropical islands of Indonesia. Orienteering provides the opportunity for us to explore many of these terrains first hand. Here, we make an attempt to define an orienteering bucket list for Asia, which we’re sure you couldn’t wait to check them all off after the COVID-19 pandemic is over and it’s safe to travel again.

The first countries in Asia to have active orienteering communities are in East Asia, where common cultural origin (the East Asian cultural sphere/Sinosphere), strong economic and cultural contacts, and commonalities in language (e.g. Chinese characters) enabled their common rise in the orienteering world from the 1960s to the 1990s.

Japan and South Korea are long time members of the IOF (since 1969 and 1979 respectively), while the Chinese members (Hong Kong, Mainland China and Taiwan/Chinese Taipei) has spearheaded much orienteering growth in Asia since the 1980s. Almost all major Asian Championships in orienteering thus far were hosted by these countries/regions. China even has two major orienteering timing systems, one of which is approved by IOF for major international orienteering events.

As their orienteering histories are longer, so do they have more maps in a large variety of terrain and vegetation. From the lush forests of Hong Kong, to the hill villages of Mainland China, to the fresh woods of Japan, you’ll find almost everything you need to fill your orienteering appetite.

The spread of orienteering in Asia has accelerated in the past decade, and a handful of countries/regions have made their mark in the Asian orienteering world since the start of the 20th century.

Thailand, a favourite travel destination, is stepping up efforts in attracting international orienteers through City Races and Championships, as well as the related sport of Landrunning which combines orienteering with trail running.

India and Kyrgyzstan hasn’t seen much international participation yet, while Philippines is a new member in 2020 and has great plans in orienteering for this tropical country.

While we don’t know if we might check these countries off our bucket list some day soon, we’re hoping we could, eventually.

There are many more Asian countries that are not yet IOF members, but which we think might have potential.

Afghanistan has seen orienteering activities mainly due to the presence of military personnel, such as this 2016 World Orienteering Day activity in a military camp reported by the Swedish orienteering magazine Skogssport. We’ve also heard rumours of some civil orienteering activity going on, but have yet to substantiate these rumours and would love to hear more about them, although it would probably be a long time before this country ever becomes safe for travel again.

Cambodia pinned itself on the orienteering map in 2017 with its first World Orienteering Day activity, organised by a volunteer sports teacher in a girls school in Phnom Penh. Given the country’s high tourism profile and proximity to emerging orienteering countries such as Thailand, it’ll be a matter of time before orienteering becomes a significant sport in Cambodia.

Oman is, along with Algeria, Lebanon and IOF member Egypt, one of the earliest Arab states to see World Orienteering Day activity. While this Wikipedia infobox mentions the existence of an orienteering governing body in Oman, we can’t as yet find any further information on this.

To round of this list we mention Vietnam, as its many beautiful towns, beaches and hills have already made it a tourist hotspot and it won’t be long before orienteering makes its way into this country too. (Experience it virtually, for the meantime.)

It’s always imagination-provoking to leave a few boxes on the bucket list unchecked, but who knows they won’t be checked some day in the unknown future when it becomes safe and prudent to visit these countries for orienteering as well?