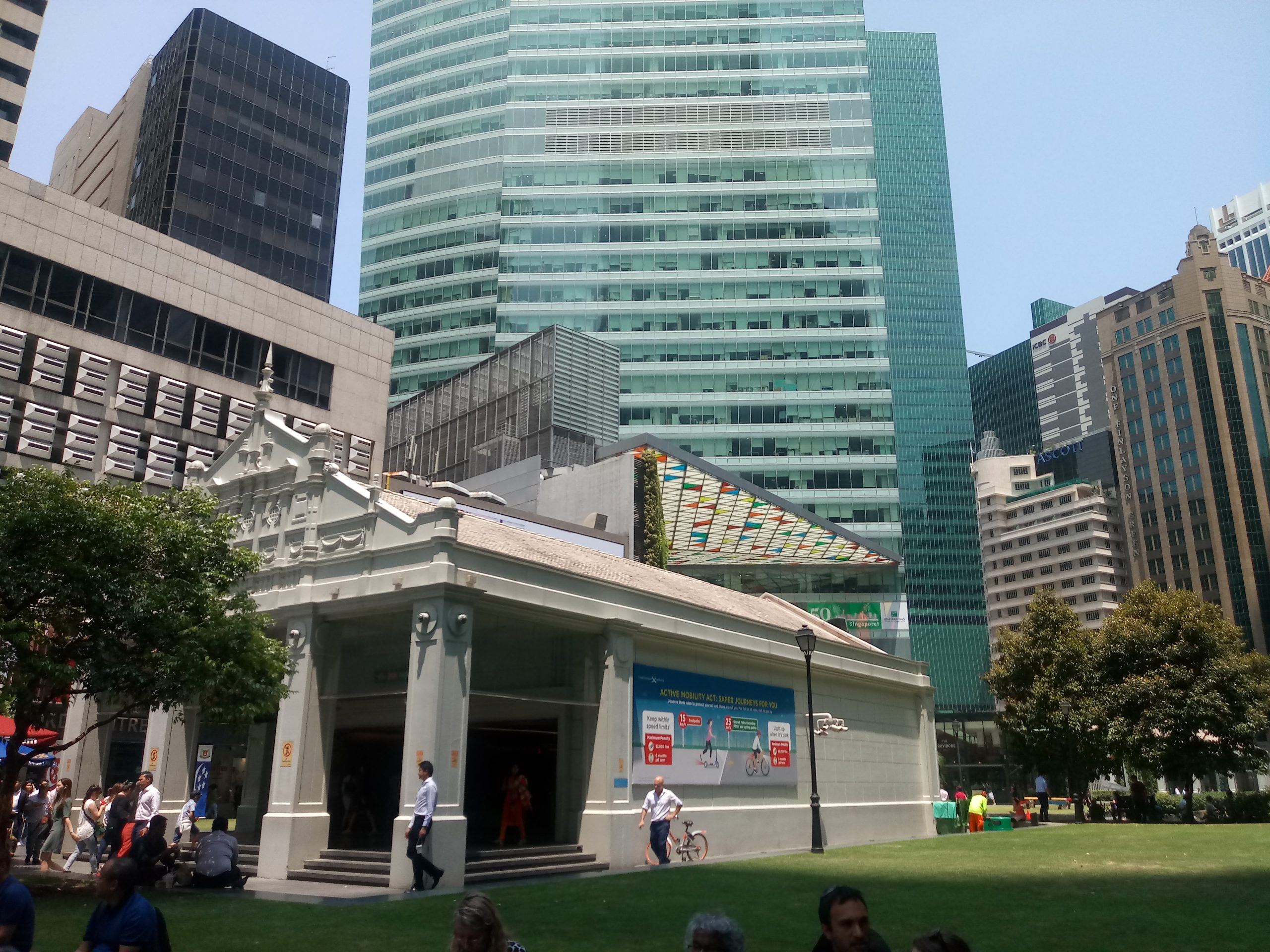 The success story in Singapore comes from the diligent effort of generations of Singaporeans coming from diverse cultures. But how did this come about?

Singapore receives sea traffic from every direction, especially between Europe, India, China and the Pacific. This makes it a perfect spot for trading.

Once the Kingdom of Singapura, the island later came under the rule of Malacca and Johor Sultanates. Meanwhile, the region became a contesting ground between Portugal, Britain and the Netherlands.

The British made a huge gamble by sending Sir Stamford Raffles to establish a trading port at Singapore. The island became British in 1824. Soon, people from over the high seas came; not just Europeans, but also many Indians and Chinese.

And there were earlier Chinese too. The Peranakans are Chinese families who moved to Southeast Asia many centuries ago, with a culture distinct from Malay or Chinese cultures. With increased economic opportunities, more Chinese flocked to Singapore, becoming the largest ethnic group.

After the Second World War, Singapore went through much political turmoil, including ethnic conflicts and the Malayan Emergency with communists. The federation with Malaysia (1963–65) didn’t go well and Singapore became independent.

Many cultures, one nation

The government introduced many nation building and welfare programmes, but most importantly, two of these built the modern Singaporean nation.

Second, the government developed HDB (Housing Development Board) housing estates across the island, each with a mix of ethnicities. Singaporeans from different heritage are henceforth neighbours instead of members of their own enclaves.

Yet the ethnicities retain their distinct culture, customs and language. It’s an excellent case of diversity in unity, with visible heritage everywhere in the World City.

Chinese, Malay and Indians in Singapore have different religions, languages, cuisine and customs, all coexisting in harmony.

Approximately three-quarters of Singaporeans are ethnic Chinese. Many of them have heritage from Hokkien (Fujian), Teochew (Chaozhou) or elsewhere from southern China. This is reflected not only in the language they speak but also in place names like Yew Tee (oil pond in the Teochew language).

Peranakans have their own distinct cuisine, a fusion of Chinese and Malay cuisine due to their centuries of settlement on the Malaysian peninsula.

Malays are the original inhabitants of Singapore and the Malaysian peninsula. Islam became the dominant religion of Malays since the medieval times, helped by trade across the Indian Ocean. Malay dishes like nasi lemak (coconut rice) and satay are important in Singaporean cuisine.

India have had a great influence on Southeast Asia over many centuries. Moreover, after Singapore became British, many Indians came as labourers, professionals and merchants. Now there are many Hindu temples in Singapore, along with Indian cuisine like biryani or tandoori.

Like other cities around the world, there are ethnic neighbourhoods in Singapore such as Chinatown and Little India, where cultural characteristics are the most visible. But the multicultural influence extends far from here. From the multilingual signs on the MRT trains, to the HDB flats, to every company and government office, Singapore is the number one example of how multiculturalism can work in the 21st century.

Protect yourself against coronaviruses—read our tips on personal hygiene when you travel to Singapore and the rest of Asia.