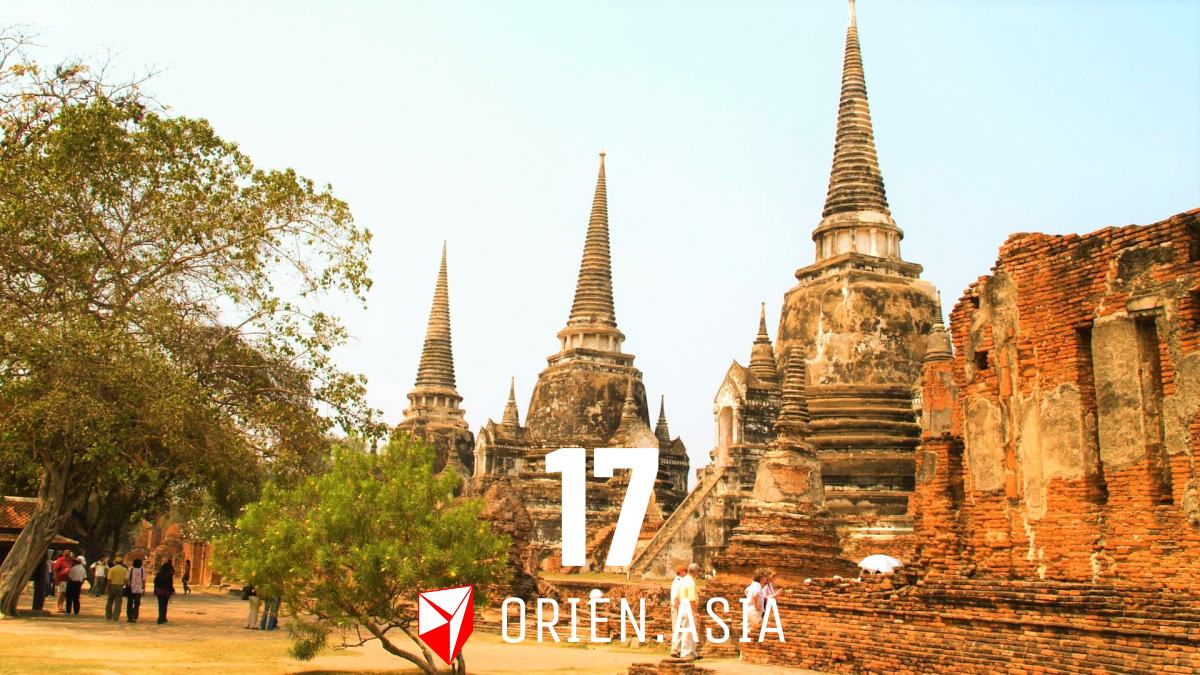 Ayutthaya was the capital of the Kingdom of Ayutthaya, the predecessor of the modern Kingdom of Thailand.

Ayutthaya oversaw the Golden Age of Siam, where people from all cultures came to do business. Ayutthaya was a major power in Southeast Asia, unfortunately leading to the envy of its Burmese neighbour. The city was destroyed in a Burmese invasion in 1767. After liberation from Burmese occupation, it was decided the new capital should be moved south, in Thonburi and later Bangkok nearer to the sea instead.

Ayutthaya Historical Park, a UNESCO World Heritage Site, keeps many of the remnants of the great capital, with palaces, pagodas and statues. Ayutthaya is 1.5 hours by train from Bangkok.